Simon Doyle, Education Correspondent for the Irish News reports that children immersed in the Irish language at school achieve the same standards of English as pupils in English-medium education.New research published in the south concluded that development of Irish reading skills could be achieved without detriment to English literacy.Academics from NUI Maynooth had assessed children from three age groups in both Irish and English-language schools. 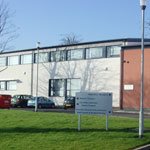 All were tested individually in the medium of the language of their school and also exposed to Irish and English versions of tasks.Children at the ‘senior infants’ stage (second year) in English-medium primary schools were found to perform slightly better in English than Irish-medium pupils.However, by the time pupils reach fourth class, there was no difference found between the English and Irish-medium children.Iontaobhas na Gaelscolaíochta (InaG) welcomes the findings. Dr Réamaí Mathers (InaG) said that while the results were welcome, they were unsurprising.“This work illustrates once again the importance and need for good research and comes at an opportune time as a review is being carried out in Irish-medium education in the north,” he said.“There has been a misconception held by some educational experts that the natural acquisition of a second language can somehow curtail that child’s acquisition of, in our case, English.“This is obviously incorrect.

This current research indicates that children who are educated initially through Irish and then accompanied by English as two valued languages will thrive in both.”The Irish-medium sector, he added, is young but ever growing.“It seems that children who go through Irish-medium schools are in a win-win environment and receive a rounded education and two languages,” he said.