Belfast Irish speakers are to team up with a Boston fund raiser to bring an injection of American savée to the business of raising finance for Irish-medium schools in the North. 6 months ago Irish schools funding body, Iontaobhas na Gaelscolaíochta, in a radical departure, appointed it’s first fund raising manager, Reamaí Mathers. 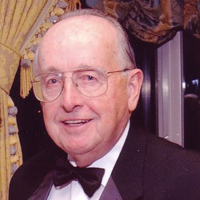 While Reamaí has continued to generate and increase public donations for the Iontaobhas he has also tried for the first time to engage with philanthropists and with wealthy donors who might be interested in donating to Irish medium schools.

The results have been impressive with up to £600,000 promised in this first period. However, having set a very ambitious target of raising £20m in the next 10 years to keep pace with the ever increasing demand for Irish medium schooling, Reamaí has decided to call on an American friend for help. For nobody, but nobody does fund raising better than Americans. The USA, home of the fundraiser, has more philanthropists and more donors than any other country in the world.
And Reamaí’s friend, Boston fund raiser Bob Corcoran, has almost 40 years experience of fund raising.

Bob, an Irish American, set up his fund raising company in Boston 36 years ago and since then has worked on planning, managing and delivering on many multi-million dollar contracts for his clients.
He knows the business inside out, an expertise and savée which he will now be putting at the disposal of Iontaobhas na Gaelscolaíochta.
While Bob won’t be himself seeking donations for the Iontaobhas he will be mentoring Iontaobhas fundraiser Reamaí.

“It’s a tremendous fillip for the Iontaobhas that Bob will be lending us his expertise” Reamaí told the Andersonstown News.

“He has not only a tremendous track record in securing multi million
donations but he also has an intimate and unsurpassed knowledge of how to deal with substantial donors and with philantrophists.
Fund raising involves building a unique form of personal relationship, and doing so sensitively. It’s about people trusting in the vision and goal of other people and wanting to be part of their dream.
I’m delighted that Bob will bring an extra level of knowledge, of
professionalism and of imagination to the work which we are doing.”

The enthusiasm is mutual. Bob has Irish citizenship as his grandparents were Irish and his desire to help the Iontaobhas is rooted in that sense of Irish heritage. It’s also a result of his affinity with non-profit making institutions, having worked over the last 36 years with hospitals, museums, libraries, the arts, historical sites, schools, religious organisations, youth and enviromental agencies.

“I’m intruiged by Irish medium education” he says. “It seems exactly the type of thing which I’d be interested in helping, the type of initative which would appeal to many donors. It’s about people working together to ensure a better life for their fellow beings, locally and nationally, through education and all that flows from good education, self esteem, charachter building, academic excellence,
employment and community building.

And in this case of course, bilingualism is a great asset for a young person to have so early in life.”
While attracting large donations is one aspect of the Iontaobhas fundraising campagian the campagian is also attracting people who have lesser sums to donate.

Within the past year the number of public donations to the Iontaobhas from standing orders has increased by 500%. And the Iontaobhas is confident that the momentum can be maintained. Good news for all concerned but particularly for the children in Irish medium schools who ultimatley are the ones who benefit from public or private donation to Iontaobhas na Gaelscolaíochta.